skip to main | skip to sidebar

Where should marketing focus now?

If at least one desk on your team doesn't look like this, you're missing out.


Given that 'digital is dead' - as in everything is now digital - we should be focusing the experimental portion of our budget should now be working on the interaction and experience itself. This can come in the form of either the Internet of Things where pretty much anything can be a medium for delivering messages or the interface between brand and consumer.

One of Trendwatching's recent briefings was on "No Interface" which highlights speech, gesture, touch and sight as the means to enrich our lives. No more looking at a rectangle or looking down. The days of "Two Thumbs Media" (an agency I thought about starting) are long past given the likes of Amazon Echo, ringZero and singlecue.

The Internet of Things represents the new frontier, the wild west, and the unknown. It will be big - but no one is quite sure where it will net out. Will it be the "Industrial Internet" (GE's world view)? Will it save or end electricity? Will consumers care?

Regardless of where it ends, marketers should adopt a new tool kit to figure out how their brand fits in this space. And that list should start with the building blocks themselves. If your digital team was adept at crafting landing pages, integrating web forms and salesforce.com in real time and a host of other daily digital chores then they should have the chops to play in this space.

One example of a starting place is the "WunderBar" that comes as a bar of chocolate where each piece is a different sensor just like your smartphone that allows you to experiment with all kinds experiences. 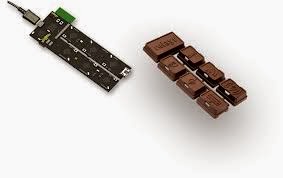 Sound, motion, temperature and proximity all have the potential to create meaningful interactions.

What will you build today?

What did we learn from predicting song popularity?

A recent data science competition focused on whether one could predict the success of a Taylor Swift song from less than half a second of audio.  One sample sounded like:


The objective was to predict whether that clip (and some 20k others) came from a popular song, or not.  As mentioned in a previous post this is a case where there aren't descriptive elements that "make sense" - no genre, gender, demographics, contact history, or anything that marketers typically rely on to help them understand what is going on.  Just 3,300 numbers - for the audio among you, down-sampled to 11k.

The winning models got to above 99% accuracy which sounds a bit to good to be true. While technically correct there are some interesting lessons to be learned.

First, by rethinking the problem as a segmentation problem rather than individual estimates the results got a lot better. That is, by grouping clips based on their similarity the accuracy improved - this is no different than targeting audiences as opposed to specific individuals.

Second, simple models tended to work as well as complex. In this case, accuracy mattered so effort was put on improving that as much as possible. But there are times when good enough is, well, good enough.  It turns out that a simple model of "how similar is this clip to its nearest neighbor" worked very well. With this challenge, that makes sense, pop songs are similar across their 3-4 minutes. After the competition I tried some really, really simple (and possibly stupid ideas) and did better than my official submission. Don't over think it.

Third, we needed to take a step back and align technique with problem.  The same data and the same logic resulted in different results based simply on the approach taken. Always use two or more methods.

A big thanx to Devin Diderickson for posting his approach and thought process.  (He finished second, I finished sixth).

What advantage do marketers have over machines?

There are lots of cool examples in the use of math, models and machines to predict, classify and recommend.  Some can be found on econsultany's site. Within the domain of marketing analytics there is the application of machine learning whereby we are simply trying to discern cues about our business from the data.  It works, we can predict content you might like on NetFlix or recognize a motorcycle from a car (most of the time). But it is hard to do; NetFlix offered a million dollar prize if someone could improve on their approach by 10%.

Why is analytics hard?

The more complex the problem and/or approach, the more time we spend on working out how not to generate spurious results. Something as simple as correlation needs human oversight. Here is one of my favorites from a great collection of spurious findings.

It appears that Nicholas Cage movies and drowning in swimming pools go hand-in-hand.

Then there's the one about the decrease in honey bee colonies tracking with the rise in juvenile arrests for marijuana.  Really?

Computers lack what seasoned marketers bring to the table - judgement. At present a lot of the work in the "big data" space is focused on how to best capture human knowledge in the analytics. In image recognition for instance how do we find that there are in fact cats on YouTube if we don't there are cats to begin with?

In short, we are trying to find ways to learn what we don't know we need to learn. This unsupervised learning can be a lot like kindergarten recess where we need an adult on the playground to keep us safe.

Thinking and judgement will never go out of style.

Always ask: Does it make sense?

What products do my pictures suggest?

This is a continuation of an idea that arose from a conversation in a bar around the question: "How does content work?"

Recommendation engines typically work with data from one site. We've all seen examples of "people also bought..." on web sites. But an interesting idea would be to link my curated content (Instagram, Pinterest, or Houzz) to the shopping experience of an e-commerce site.

To illustrate the idea, here's a widget from Houzz narrowed to bedrooms:


Assuming for a second that is my idea book, I would appreciate the shopping site recommending the second bed below rather than the first. 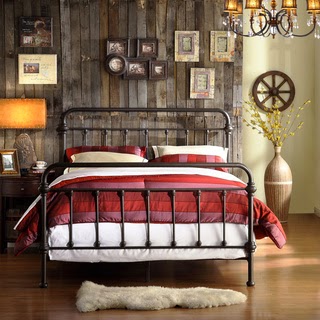 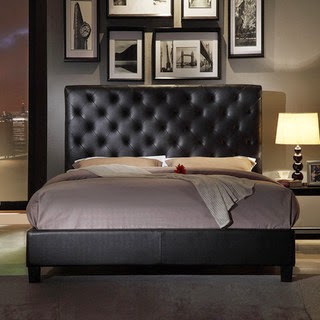 To make this a reality requires a couple of things. First, we need access to both sets of pictures - this is a perfect use case for a widget. The benefit seems obvious: "Log on to your x account and we'll do the heavy lifting of sorting thru a couple of hundred thousand items for you."

Second, we need to identify what the pictures contain or portray. This argues for auto-tagging of images to classify and assign attributes. It is unlikely that traditional work-flow processes can handle this task because consistency across two businesses is required. For this to work we need the same method of classifying two sets of pictures (mine and theirs) to a common set of standards. The good news is there are web services for doing this on the fly. Although, if I were an e-commerce site or travel site I'd pre-process my pictures as part of the editorial/content management process.

Third, we need to define something that allows us to rank the pictures. And that means we need a measure of similarity. In market basket analysis it is easy - count the times each pair of products appears in the shopping cart and pick the most common. In this case though, all we have is a list of tags for each picture. In this case there are approaches to similarity ranging from a count of the shared tags among the whole set to computing how many steps are required to convert one set to the other.

The web services I looked at both give a 'confidence' score about the tags. This numeric value can be used to filter tags (clean out those we're not sure of) or be used to weight the tags. This gives the solution a new dimension and also helps to remove judgment from the picture.

Next up. Working to get my own idea book and curated content classified and do some more experimentation.
Posted by anthony at 3/10/2015 0 comments

How should we measure our efforts?

There is nothing new about the idea of measuring marketing. What is changing however is out ability to do so. Yet, we're not there yet. 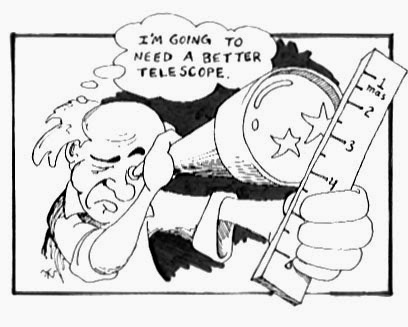 Metrology, or the science of measurement, requires three things:
In the series "The Science of Measurement" Marcus du Sautoy describes the history and approach taken to nail down the seven fundamental things to be measured. (And I paraphrase the physics.)
A key point of the series is that with every increase in the precision of measurement comes a leap in technical disruption with new capabilities emerging.

In marketing, Ashu Garg of Foundation Capital recently wrote a nice white paper on the "Decade of the CMO" in which he articulated the seven most important metrics in marketing.

While all good, it would seem we are still in the middle ages of marketing measurement. There are no precise or accepted ways to define many of those metrics on unassailable reference points. Just what is an "experience" or an "influence"?   Even concepts like "sales" can be fuzzy concepts to nail down within one company let alone across companies.

Another takeaway from the series is: figuring this out isn't easy or quick. It often takes standing on the shoulders of giants to make progress so expect this to evolve over time. In the short term, we run the risk of measuring what we can, not what we need. It will take dedication from those who think differently to crack this nut.

Which leaves us with a fundamental question:

What are the building blocks of consumer choice?
Posted by anthony at 3/09/2015 0 comments

I stumbled upon a piece in McKinsey's insights section entitled "The Changing Face of Marketing". The author outlines six factors impacting marketing.


This summarizes what we often see in the marketing services world everyday.

It seems that the only thing new is history we haven't learned yet. The article was written in 1966.

anthony
A marketing analyst and technologist focused on developing insights that change how we market.